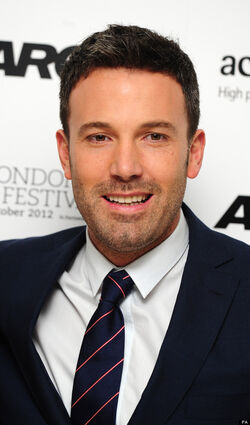 Ben Affleck is a famous American actor, film director, producer, and screenwriter. He first came to attention for his performances in Kevin Smith's films such as Mallrats, Chasing Amy, and Dogma but he rose to fame with his role in Good Will Hunting which he co-wrote.

Retrieved from "https://gillianflynn.fandom.com/wiki/Ben_Affleck?oldid=4035"
Community content is available under CC-BY-SA unless otherwise noted.