Amazing Amy is a fictional character based on Amy Elliot before she married and became Amy Dunne in a series of books called The Amazing Amy her parents Rand Elliot and Marybeth Elliot have written. Some of them are featured at the start of the Gone Girl (film).

featured on a shirt worn at the party 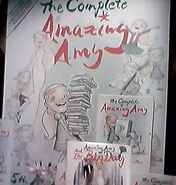 cover of the collected edition

"and the Big Day" is the newest book featuring her getting married, prior to the real version being proposed to. 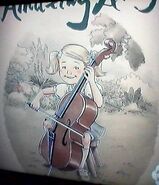 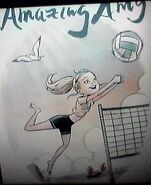 playing varsity volleyball after her inspiration was cut freshman year

Puddles is her dog, to make her a more relatable character: her inspiration wanted one but never got one.

a promotion for the recent book
Add a photo to this gallery
Retrieved from "https://gillianflynn.fandom.com/wiki/Amazing_Amy?oldid=4446"
Community content is available under CC-BY-SA unless otherwise noted.